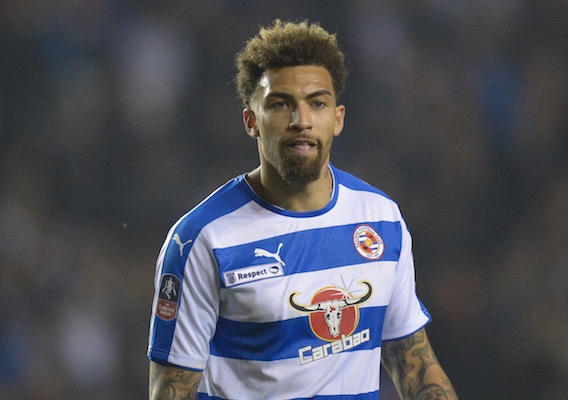 Danny Williams Eager to Show Arena What He Offers

The Reading midfielder has 22 caps for the U.S. men's national team, but has been on the outside looking in over the past year. The 27-year-old is eager to make a positive impression with Bruce Arena.
BY Brian Sciaretta Posted
November 22, 2016
9:00 AM

THE UNITED STATES men's national team is in the midst of a major shakeup as head coach Jurgen Klinsmann is out and former national team boss Bruce Arena is on his way in. Changes within the player pool are all but certain, and Reading midfielder Danny Williams is is hoping he will have a shot under the new administration.

Williams, 27, is in his prime and is one of the best players on third-place Reading team that looks like a contender for promotion back to the Premier League. Williams was born in Germany and has both a connection to and affection for Klinsmann, who brought Williams into the fold just days after Williams obtained his first American passport in 2011.

Williams was not surprised to see U.S. Soccer make the change it did.

“Obviously there were two tough results to take,” Williams told American Soccer Now. “When the results are not going that well in football the criticism will always be there. I think he's done a great job with the national team. I will always be grateful to him because he handed me my debut for the United States. I will never forget that. But that is football. I am sure he will find something else to do.”

The coaching change, however, could benefit Williams as he struggled to get into Klinsmann's plans in recent years and was rarely called up for tournaments or qualifiers. Seldom-used FC Vaduz midfielder Caleb Stanko, for instance, received a call-up ahead of Williams for the recent Hexagonal games.

Williams doesn't know Arena, the man who coached the U.S. team from 1998-2006, but the midfielder wanted to express his commitment to the U.S. national team.

“Obviously I've heard about him and I watched the World Cup in 2002,” Williams said. “He has quite a good reputation from what I can hear. In Europe talk is not that loud over who will get the job. I've never worked with Bruce or played under him but there is a new chance for a lot of players, including myself, if you do well with your club and show you can perform week in and week out. I am pretty confident I can show him what qualities I can bring to the team. I felt the same way when Jurgen was the manager.

“I am always unsatisfied if I am not getting the call-up,” he continued. “If you see the team losing, obviously your heart is with them. You want the boys to do well because you know all of them on a personal level and a lot of them are my friends. The last week was very disappointing but if I ever get a call up again, I will do my best to try and show him I can offer a lot.”

Should Williams force his way into Arena’s plans, he knows he will be joining a team that must win at home against Honduras in March. But Williams, who has played in relegation battles at the club level, is not panicking.

“When you look at the table now, we are at the bottom,” Williams said with a deep sigh. “It's only two games but we have a lot of time to turn it around. We have to get a result in our next game in March. I think us players will just focus on getting into form heading into these two games in March. I have enough confidence that our quality on the U.S. team is good enough where we can make it to the World Cup.

"It would be quite a disaster if we don't make it but everyone should still remain confident in their own abilities to get it right.”

One thing is for certain, 2017 offers a lot of opportunity for Williams both at the club level and the international level. On Saturday he scored his third goal of the season in a 3-0 win over Burton Albion.

He joined Reading in 2013 after playing his entire career in Germany with Freiburg and Hoffenheim, where he featured as a defensive midfielder. Over the past two years at Reading he has transitioned into a box-to-box midfielder and has the freedom to get involved in the attack far more. Williams believes he is thriving in a position that plays into his strengths.

“I am enjoying scoring a little bit more,” Williams said. “It's good because I have a lot of energy and that is a bit wasted if I am just sitting in front of the back four. We're playing in a 4-3-3 and I am one of the players that is in an advanced role in the midfield. I would classify it as a No. 8. It's quite fun.”

For now Williams is simply going about his busines at Reading which he hopes will pave a path to both the Premier League and becoming a mainstay on the United States national team under Arena—who will inherit aging central midfielders who might need to be replaced.

“There isn't much pressure because our budget is actually quite low compared with other teams like Newcastle,” Williams said of Reading’s promotional hopes. “We have to just continue to focus on the next game.

“It's always good to have a certain goal and a certain ambition,” he added. “Mine, like everybody else, is to play at the highest level in the world and I think the Premier League is the best league in the world. It would be amazing if we can achieve that at Reading. We have a great manager now that shows us how we can play and different ways of playing. But our primary goal right now is to just do well because we had a lot of transition in the club. A lot of new players came in and some people were uncertain about how we would start the campaign. So when we start like we have, it's even better because no one expected it.”