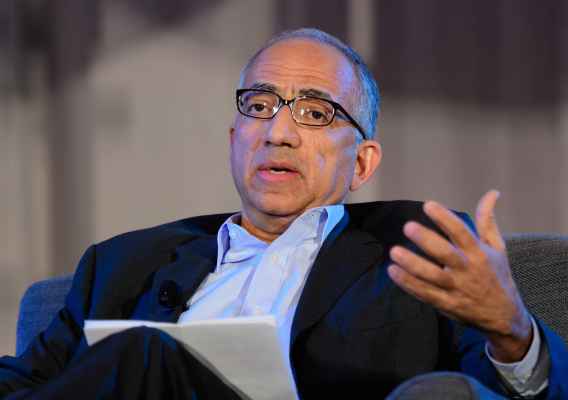 Cordeiro elected as the next president of U.S. Soccer

It was an ugly campaign but in the end, Carlos Cordeiro was elected as the next president of U.S. Soccer. He came from within U.S. Soccer but was not viewed as quite the insider as Kathy Carter. ASN's Brian Sciaretta breaks it down
BY Brian Sciaretta Posted
February 10, 2018
7:50 AM
THE ELECTION IS OVER and it was decided among the U.S. Soccer voters that Carlos Cordeiro will be the federation’s next president. It was somewhat of a surprising result given that many expected Soccer United Marketing’s Kathy Carter to prevail, but it will disappoint a big percentage of the fanbase that hoping for one of the change candidates.

Cordeiro, 61, has served within U.S. Soccer since 2007 and was recently elected the federation’s vice president in 2016. A graduate of Harvard University, Cordeiro also worked for many years at Goldman Sachs.

In the second round, Cordeiro topped 41% while Carter’s percentage fell. From there, it appeared as if Corderio was clearly going to take it as Carter simply lacked the appeal. In the third round, Cordeiro surged past 60% as Carter fell to roughly 10%.


While Cordeiro has worked within U.S. Soccer for over a decade, Kathy Carter was the establishment candidate. With the U.S. men’s team failing to qualify for the World Cup, that clearly worked against her.

To his credit, Cordeiro jumped into the race at a time when it was expected that Sunil Gulati was going to run again for U.S. president. It was a bold move but he clearly seized an opening. That might have worked in his favor that he wanted to offer a change from the status quo.

In the end, he was able to walk the insider/outsider line very carefully. He was able to convince people that he could run the organization but wasn’t tied to Gulati and wanted change.

He was also helped by the fact that there were concerns over Carter and the two leading change candidates in Eric Wynalda and Kyle Martino.

Carter ran an absolutely terrible campaign. She did not convince anyone that she was at all different. She entered the race almost immediately after Gulati said he would no longer run. In interviews she offered no substantive ideas and spoke with carefully worded corporate-like language. Her idea to hire Casey Wasserman to lead an independent review was tone-deaf. She behaved as if everything was simply set up for her to win and all she had to do was not make a mistake and screw it up.

That backfired tremendously on Carter. She is obviously bright but she was not bold or convincing that she wasn’t simply a hand-picked successor. The main reason for her losing is that she was her own worst enemy.

Wynalda and Martino each made bold cases for change. Wynalda was bad cop and Martino was good cop. Wynalda was clearly trying to be revolutionary with his promotion/relegation pledge but his tone was also harsh. That probably did him no favors in the end. Martino is more nice and charismatic but neither had as much pull with the voters as expected.

There could have been many reasons for the disappointingly low turnouts for Martino and Wynalda but the fact neither has successfully run an organization probably was significant. It is one thing to have ideas and to have played the sport, but implementing ideas and governing are completely different. Cordeiro brought organizational competence to the table.

Cordeiro had his weaknesses, to be sure. Like many, he was light on substance. But the various weaknesses of the other major candidates gave him an opening. He was establishment, but more independent than Carter. He has organization experience. It would hardly be surprising if it turned out that many voters weren’t happy to vote for Cordeiro, but he was the safer pick.

What does it mean?


At this point, no one really knows. There is a big difference between campaigning and governing.

His hire is probably going to be viewed skeptically among a big portion of a fanbase which is justifiably angry. The fact he came from within U.S. Soccer is not helpful these days.

But at the same time, it is refreshing that Cordeiro jumped into the race when he did because it showed boldness. He also wants to increase the size of budget too, and that is important. He’s clearly intelligent. Finally, he also seems to know what he doesn’t know. He’s not a soccer guy and doesn’t necessarily pretend to be one.

What that means is that who Cordeiro hires and/or delegates authority to will be key. Who will be the federation’s next general manager/technical director or will that be done by committee?

If competent soccer people are hired to fill these roles and make the important decisions for the various U.S. national teams and youth teams, U.S. Soccer can function well in the future. Gulati’s decisions over the men’s national team coach were generally poor. But those are decisions Gulati made. Who will make them under Cordeiro?

Until the GM/technical director or committee roles are filled, it is simply just wait and see.