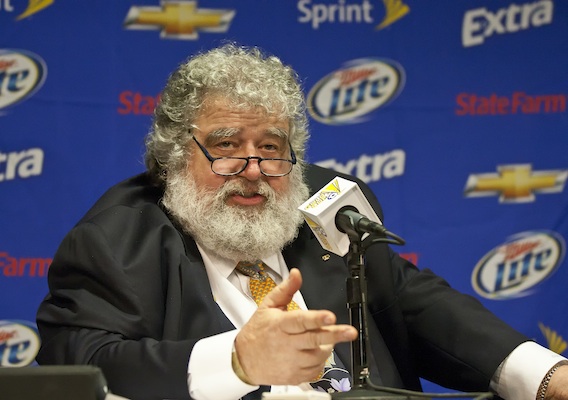 CONCACAF’S Reform Plan: Is It the Right Framework?

UCLA Law Professor and ASN contributor Steven Bank took a look at CONCACAF's reform framework and found that while much of it is laudable, it doesn't go far enough to ward off corruption.
BY Steven Bank Posted
July 09, 2015
8:20 AM

THE CONFEDERATION OF North, Central America and Caribbean Association Football (CONCACAF) has been an epicenter of soccer activity—both on and off the field—over the past few months.

Between the lines, the just-concluded Women’s World Cup, held in member-association Canada and won by member-association the United States, attracted record numbers of viewers and participants. The Gold Cup, which began this week in the U.S., promises to be similarly eventful.

Off the field, the recent U.S. indictments of FIFA officials only served to put a spotlight on the deficiencies of CONCACAF, with both its current and former presidents on the hit list and recently released testimony from its former second-in-command, Chuck Blazer from the U.S., detailing the extent of the corruption in soccer’s governing body in this part of the world.

It is therefore appropriate that the first shot across the bow against corruption has come from within CONCACAF. A special committee of the CONCACAF executive committee—composed of the heads of the U.S., Canada, and Mexico soccer federations—recently released a series of recommendations that they hope will constitute a framework for reform. Just as the U.S. legal system took the lead in attacking past abuses, with U.S. Attorney General Loretta Lynch announcing the indictments of FIFA officials, a U.S. law firm, Sidley Austin LLP, served as the principal advisor to the special committee in helping to devise the proposed framework for reform.

The list of proposed reforms should be very familiar to corporate lawyers. In fact, many of them are almost identical to reforms the U.S. has adopted over the past decade or so in response to scandals in the American corporate sector.

Similarly, the special committee recommended that the compensation of Executive Committee members be reviewed and approved by independent members of the Compensation Committee and approved by the CONCACAF Congress. It also recommends making the compensation figures publicly available. Both recommendations are similar to requirements imposed under the Dodd Frank Wall Street Reform and Consumer Protection Act of 2010, including its say on pay requirement and enhanced disclosure provisions, as well as requirements imposed for NYSE and NASDAQ companies.

You can proceed through many of the rest of the recommendations and find the same parallels in U.S. corporate law. The whistleblower provisions, the prohibitions on related party transactions, the requirement that the Executive Committee members certify compliance with all policies, and the creation of a Code of Ethics and Conduct each have analogous provisions under Sarbanes-Oxley, Dodd-Frank, or the laws of one or more of the U.S. stock exchanges.

To an extent this similarity makes perfect sense. The provisions were imposed on U.S. corporations after evidence of some of the same kind of corruption, greed, deception, and abuse that has motivated the reform of CONCACAF. They represent some of the best business practices available for stemming such activities. Nevertheless, there are fundamental differences between U.S. corporations and international organizations like CONCACAF that make the regulation of the former a less than adequate template for the regulation of the latter.

It is not clear that the existence of independent members of the Executive Committee would necessarily break this connection.

For example, independent directors or members of a corporation’s compensation/audit committee make senses where shareholders are worried that the inside directors—i.e., those who earn a salary by working for the company as executives—are diverting resources to their own compensation and running the company in a way to ensure that they keep their jobs, rather than in the best interests of the shareholders.

In an organization like CONCACAF, however, it’s not obvious what it means to have an independent member of the Executive Committee. They wouldn’t be a part of any member association’s federation as a formal matter, but presumably they could be citizens of a member association’s country and benefit from any resources diverted from the organization and toward their country. More concerning, their selection would presumably be by the member associations themselves, making those independent members of the Executive Committee both beholden to the associations for their positions and chosen for their ability to ensure that the gravy train is not derailed.

The fundamental flaw in the approach is that whereas U.S. corporate reforms are designed to protect shareholders from self-interested directors, CONCACAF’s problems are not so limited.  There certainly are self-interested leaders, but the member associations are themselves part of the culture of corruption, rather than being merely a victim of it. Reforms designed to protect “shareholders” in this instance may only serve to transfer the locus of corruption, without diminishing it.

Indeed, this may be why Transparency International, a global anti-corruption organization based in Germany, proposed the creation of a multi-stakeholder group in 2011 as part of its report on reforming FIFA. Such a group would be comprised of the teams, players, sponsors, media, governments, international organizations, and the general public. As the report explained, just as “the pressure to reform is coming from everyone who has a stake in the game . . . reform must be a collaborative effort” that includes and has the support of its stakeholders.

That is the type of enhamcement that is missing from CONCACAF’s proposed reform framework.