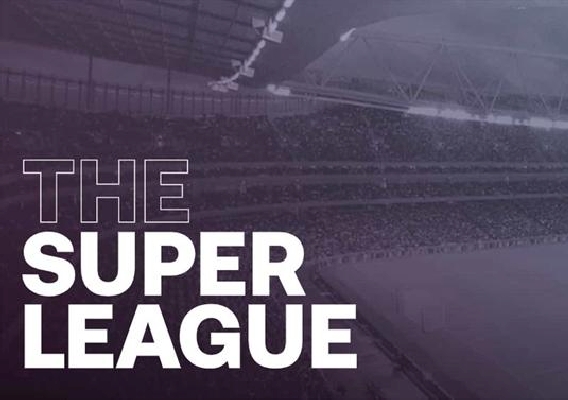 By now you've read about the European Super League and the 12 teams looking to get it off the ground. ASN's position on this is that it is bad for the sport across the globe. Here is why
BY American Soccer Now Posted
April 19, 2021
2:55 PM

ON SUNDAY, 12 of the biggest clubs in Europe made the announcement that they have agreed to create the European Super League – a new midweek league. It's announcement set off a wave of mostly negative reactions from fans across the globe in that it aims to replace the power structure of global soccer.

The teams in the ESL all come from Italy, England, and Spain but there are rumors that invites have been extended to top German, French, and Portuguese clubs as well.

The backlash was compelling as the nature of this competition would go against the grains of the existing format of the game and widen the already existing gulf of haves and have-nots. It is also said that this would lead to the replacement of the Champions League. While Real Madrid president and new Super League chairman Florentino Pérez said on Monday that these ESL founding clubs could still participate in the Champions League, it does not seem possible given the new Champions League expansion which would encompass most midweek slots.

"I join with the entirety of Fulham Football Club, and 13 fellow Premier League clubs, in denouncing the proposed European Super League."#FFC

The plan for the ESL teams is to still participate in their domestic leagues, but there are (for now at least) threats of removing the Big 6 among the remaining members of the Premier League.

For ASN, we see the creation of the ESL as being a huge negative in the world of soccer and hope that the pushbacks lead to an abandonment of the idea. This website is an American soccer news source and this is only tangentially related to “American soccer.” Still, it’s shockwaves affect everything in the game across the globe. And we’re against it.

Domestic leagues have two levels of importance. For one, they have their own prestige. Winning each league has their own value of domestic dominance that is its own reward independent of any other value. Second, however, is that they are extremely competitive in that they qualify teams for the Champions League and the Europa league or other continental championships throughout the world.

Everyone is in the same boat – albeit some with richer owners with deeper pockets to spend on the roster. But this changes that. ESL “founding clubs” are entitled to be in the league year after year. Their participation in European soccer is not tied to domestic competition.

Not only do they have the benefit of making the domestic competition as much or as little of a priority as they wish, they also have a set revenue stream that is huge and guaranteed. This sets them completely at a different class with regards to the domestic teams.

Even if other teams can qualify for the ESL, these qualified teams would not have the guaranteed money of the founding clubs.

Removal of clubs from their origins

This new Super League removes clubs away from their direct attachment to local communities, countries, supporters, and leagues – which is perhaps the most unfortunate aspect in those same elements are the same reason why these clubs became big in the first place. These clubs all came from local creation that was built off of dominating their regions and then dominating their countries.

The ESL clubs are taking a gamble that international and global fans will embrace this to the point it outweighs traditional appeal found by long-time who appreciate the local appeal.

If people supported local soccer instead of bandwagoning the same 10 clubs from 5,000 miles away, we wouldn't be in this mess.

Caring about the ESL?

There is plenty of reasons to think that the ESL clubs are overplaying their hand. They assume that people will watch this in droves because this competition involves the biggest clubs and the best players.

We’re not so sure.

The European Super League is essentially the creation of a new tournament and asking everyone to care immensely as if it is the biggest club tournament in the world.

The money involved it the ESL is going to be huge, but its creators are taking a bet that its relevance will not just last, but continue to grow.

Florentino Perez to El Chiringuito: "The contract of the #SuperLeague is binding. Nobody can leave, we will work all together. All the clubs signed the contracts last Saturday, there's no problem". ????

What we can safely assume is that the creators of the ESL were banking on a negative reaction. But we don’t know is how much or how deep they were expecting. Certainly, however, they are projecting that in 5-10 years from now, the negative reactions will be ancient history and the ESL will be the globally dominant tournament in the sport.

No one caring about this tournament is the biggest threat to it.

But global audiences have flocked to these 12 teams over the past 25 years – often at the expense of following their local clubs. Do fans of Manchester United in Dubai, Beijing, or New York care about the local issues of this? Will they flock to the ESL? Why not?

If they don’t, the ESL could flop. They’re a big part of the calculation in this.

Are the threats hollow?

It should come as no surprise that that ESL’s foundation comes at a time when many clubs throughout the world are losing money. Even before COVID, it seemed as is transfer prices reflected a bit of a bubble – which happens in any industry and is often corrected by a healthy but painful “bubble burst” where some people lose money but proper valuations are restored by an open market.

When you throw COVID and the lack of fans in the seats, it becomes even more of a bubble as inflated transfer prices and speculation of future TV deals are all that keep some clubs solvent.

As part of an industry with so many questions, these 12 teams are separating themselves and running away from the problem. They are hoping that with these guaranteed seats at the table of a new tournament aimed at being the world's biggest, they won’t be part of the bubble. Instead, the bubble would burst for everyone else. Even if other teams can qualify for the ESL for a season, they are guests at the part. The 12 teams are the hosts.

We know the threats from UEFA and others but it’s created a fascinating standoff. For example, take the six Premier League clubs heading to the ESL – Manchester United, Manchester City, Chelsea, Arsenal, Tottenham, and Liverpool.

Florentino Perez to Chiringuito: "The 15 founding clubs are the ones that matter the most in terms of entertainment. Others likes of Napoli, Roma will have a chance to be in the competition one year or another and then let's see". ????

Some people are asking whether or not the Premier League can afford the loss of those teams. Perhaps they are right and that the league can’t afford that loss. It seems unlikely to imagine a Premier League without the Big 6.

But there are two questions to ask.

Second, ask whether or not these six teams can afford to be removed from the Premier League? That would require an epic leap of faith on their part that would risk everything on ESL becoming quickly embraced and popular as it would be their only competition.

Florentino Perez: "If we have more money, it will be better for EVERYONE, because we will be able to sign players from smaller clubs for a lot of money and help them too." pic.twitter.com/HoQ4l1vR1u

For other leagues, like Serie A and La Liga, the ability to for those leagues to thrive without their top three teams remains even more questionable, but the FA and the Premier League hold the most cards against the ESL.

Regarding UEFA and FIFA, do they follow through with their threat to ban the players from international competitions? What are the legal ramifications?

Do the domestic league’s have the guts to kick out their biggest teams or do they draw a line for what they see as being for the good of the game?

Yes, there is a money crisis in soccer for many clubs – most of that is come by enormous transfer prices set by these founding members of the ESL. Other clubs have spent a lot to try to keep up and this has contributed to the problem.

Instead of a correction and an adjustment, the ESL gives the top clubs a way out of the financial mess while other clubs are left with no easy way out as their domestic competitions now are likely less interesting. With only five spots in the Super League going to non-founding member clubs, that greatly reduces the chances of teams in Belgium, Holland, Austria, Portugal, Scotland, or any other league to have representatives. The ESL will have serious and negative consequences there as well.

The bubble deflating and the unfortunate effects of COVID have had a negative effect on everyone and instead of working their way through it, the big teams are providing an avenue where they run off with the money while hoping they are too powerful to stop. They might get away with it, but we hope not. The world of soccer would become far more boring if they do.

Can anyone imagine life five years in the future with ESL? The Manchester United and Real Madrid-types constantly facing each other several times a year, every year? The importance of local rivalries will fade. Domestic competitions in the big countries won’t matter for many of the bigger clubs. Domestic competitions in the smaller countries will have fewer pathways outside their own border. Will non ESL teams across the globe be anything more than feeder clubs with no real chance at silverware?

It seems like the most powerful clubs are taking advantage of a global crises and a financial bubble they helped to create - in order to rework the entire sport in their favor. We hope it doesn't happen.