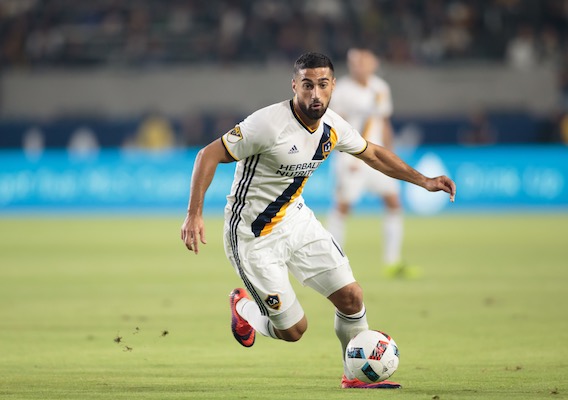 BRUCE ARENA CLIMBED BEHIND THE WHEEL back on November 22 but the U.S. men's national team coach truly set the wheels in motion today, naming 32 players to the annual January training camp held in Carson, California.

The former Los Angeles Galaxy boss had previously mentioned that he would not make huge alterations to his predecessor's player pool, with the caveat that there would be some new names added to the mix. True to his word, Arena unveiled a roster that featured many familiar faces as well as a few players who never seemed to get traction with Jurgen Klinsmann.

Kekuta Manneh and Stefan Frei are both in the process of completing their eligibility requirements to represent the United States, and if that process is successful both could be impact players on the team.

Sporting Kansas City veteran Graham Zusi, typically a midfielder, is listed as a defender on the roster. Two players, DaMarcus Beasley and Jermaine Jones, are tied to MLS teams but are currently unattached.

Camp convenes on Tuesday and will culminate in two friendlies, a January 29 match against Serbia at Qualcomm Stadium in San Diego (4pm ET; ESPN2; Univision) followed by a February 3 clash with Jamaica at Finley Field in Chatanooga, Tenn. (7pm ET; Fox Sports 1, Univision).

With two March World Cup qualifiers looming, including a must-win home game against Honduras on March 24, Arena will be looking for players who can help in the short term and perhaps claw their way into the 23-man roster for those Hexagonal games.

Per usual, many key U.S. international players will not attend this camp due to club obligations in Germany, England, Scotland, Mexico, and elsewhere. The absence of players such as Geoff Cameron, Fabian Johnson, Christian Pulisic, Bobby Wood, and Omar Gonzalez means that the U.S. squad is far from full strength. It also means that fringe players get a chance to shine and receive playing time they otherwise might not get.

Yesterday Arena announced details about his coaching staff—a crew that will look very familiar to Los Angeles Galaxy fans. Dave Sarachan, Pat Noonan, Kenny Arena, and Matt Reis will all reprise the roles they held under Arena in L.A

“The entire staff has a great amount of playing and coaching experience both at the international and professional level,” Arena said. “With the need to hit the ground running, it’s even more critical that we have a staff that knows the player pool, shares a philosophy on how we approach the game, and has knowledge and experience in the international arena. In different ways this group ticks all those boxes, and we are already hard at work  and the World Cup Qualifiers in March.”

ASN's Brian Sciaretta will be chiming in with his analysis of this roster announcement later today.

So tell us, U.S. men's national team fans—what do you think of this squad?