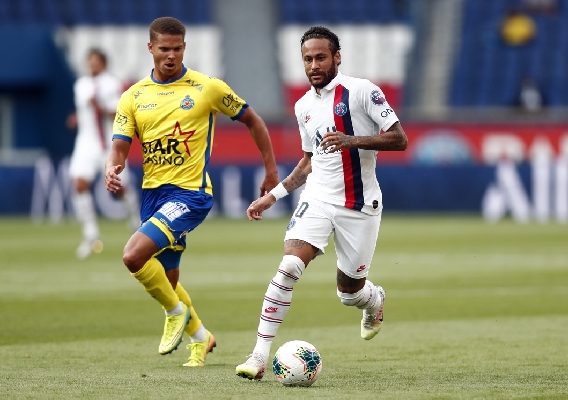 After starting career "behind the scenes," Efford emerging in Belgium

Joe Efford is not a name that many Americans fans are familiar with but the Georgia native has two goals and three assists to start the season for Waasland Beveren. ASN's Brian Sciaretta spoke with the winger about his difficult but rewarding path to Belgium's top flight
BY Brian Sciaretta Posted
October 08, 2020
5:45 AM

WHILE LOOKING AT the current landscape of Americans abroad, many of the players are well known among fans back in the United States. Joe Efford, meanwhile, is one of the players looking to make a name for himself and after start to his career that saw him toil in lower leagues, is now putting up solid numbers at the start of the season in Belgum’s top flight.

Efford, 24, recently joined Waasland Beveren after three seasons with Ergotelis in the second tier of Greece. Waasland Beveren finished last in Belgium in 2019/20 but avoided relegation via a successful lawsuit that claimed the season was not completed due to the early ending because of COVID. By the time of the shutdown it had just 20 points from 29 games and a -39 goal differential.

Efford was is part of the pieces the club hopes will lead to an improved season where it can stay in the top flight. Based on the start of the season, it will be close. After eight games, Waaland Beveren has just four points and a -10 goal differential. It sits in 17th place in the 18-team league – one point above Excel Mouscron. This season, the team finishing 18th will be relegated and the team in 17th will play in a playoff against a second-division team for survival.

While Waasland Beveren is struggling, Efford is doing well. Playing as a winger on either the left or right side, the Georgia native has played in seven games over 447 minutes and has two goals and three assists. 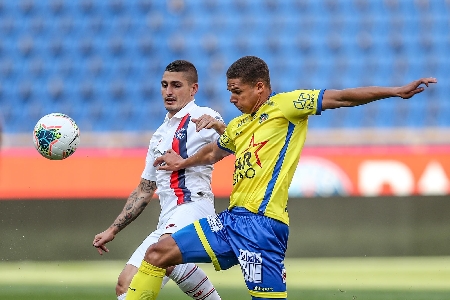 “I am feeling good and motivated and despite the results of the team,” Efford said. “I think the challenges we are facing is keeping the team positive. and there are a lot of younger players on the team here. So, you have to keep them positive. We knew it was going to be difficult for us.”

The path that has brought him to Belgium was not easy for Efford and it was full of setbacks.

After attending Dacula High School, about 40 miles outside Atlanta, Efford accepted a scholarship offer to play in collage at the University of North Carolina Greensboro. He was always reluctant to go college and instead wanted to start his career in soccer. Initially he showed up at UNCG but left immediately after freshman orientation.

“I knew I didn’t want to go to college,” Efford recalled. “My parents wanted me to go. I signed but then I got to orientation and decided it wasn't for me. I know it's looked down upon to sign and not show up. But it wasn't for me and I didn't want to go that route….My dream was always to play in Europe and reach the highest level.”

Efford then packed his bags and travelled to Europe. Through Bruno Kalonji, his former youth coach at Gwinnett Soccer Association (GSA) in Georgia, Efford was able to arrange trials with a few clubs in Kalonji’s native Romania.  For Efford, "that is where it all started for me." 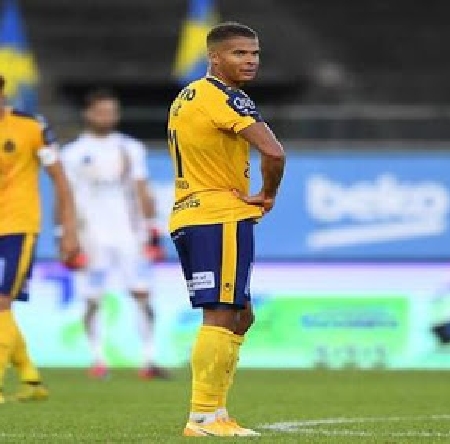 But the path was indeed very difficult. His trial at FC Boto?ani in Romania led to a professional contract in June 2014 but it was terminated a month later. He then traveled to Spain for trials and was able to secure a deal in the fall of 2014 with RCD Mallorca in the second tier Segunda. He had visa issues there that kept him off the field for most of his first season. After two seasons, Efford played just one game for Mallorca.

“This was one of the most difficult periods for me,” Efford recalled. “That is where it started to get really hard.”

After his contract with Mallorca ended, Efford switched agents and he was able to quickly move Ergotelis – a club based in Crete that plays in the second tier of Greece.

For three seasons from 2017-2020, Efford played for Egotelis and the experience gave him his first extended run of games. In 2018/19, he was the club’s leading scorer with 11 goals. In 2019/20, he became the club’s second all-time leading scorer in professional competitions. In league play, he finished his three year run with the club with 70 appearances and 29 goals.

“Despite it being in the second division and the level of play, the first two years were my biggest for my development,” Efford said. “During that time, I had two really good coaches who were very specific in how to play, how to move, how to turn - little specifics I wouldn't have learned elsewhere. They taught me a lot.” 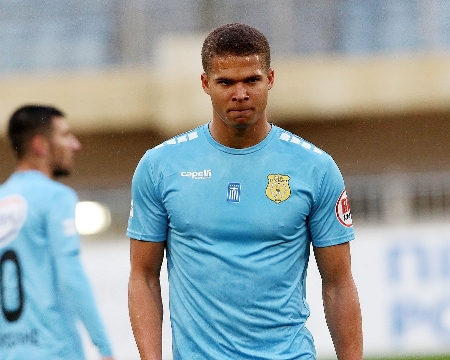 After Egrotelis in the spring, Efford moved to Belgium with Waasland Beveren where he secured a three-year contract over the summer. While it took a lawsuit for the club to remain in the top flight and it was going to be a challenge to avoid relegation, Efford’s motivation to signing with the club was to get his foot in the door in a top-division league.

“The motivation was to get out of Greece,” Efford explained. “I knew I had to. Greece was a place to start but I knew I had to get into a top flight. I had to show the goals and assists meant something. Scoring in Greece second division was good but it doesn’t show at the international level. I wanted to get into a team, where even if there are challenges, I wanted the challenge of the league and to score against bigger clubs.”

“Coming from Greece, it was a big step,” he added. “The football is much quicker and it is a lot more physical and there is a lot of running and tackling. The big difference is the physicality of it. But I am explosive so it helps me to come here.” 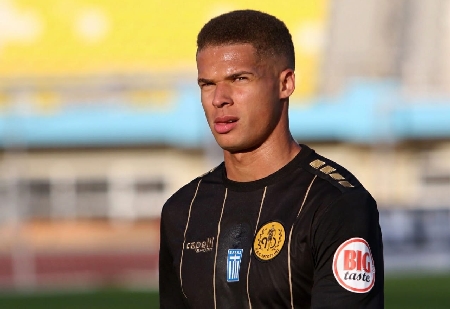 So far, Efford has shown his worth when given the chance to play against the bigger teams in Belgium as two of his three assists came in September against the historical powers Anderlecht and Club Brugge. That is production that likely means Efford can probably find a suitor within the top league should Waasland Beveren suffer relegation this season.

But there is a lot Efford wants to achieve. He hopes to increase his profile back in the United States where fans are well aware of other American players succeeding in Europe and he hopes to join that mix of players. He has never played for the United States at any level but lists that as one of his goals and he is in touch with just one other fellow American player in Europe, Chris Durkin.

For now, however, he must take smaller steps to get to where he wants to be and the next big step is against KV Oostende on October 19 when the league resumes after the October international window.

“That was the difficult part of my journey,” Efford said of his career so far. “I was always behind the scenes and no one really knew who I was in America. It was difficult. But I have this in my mind and I keep these chasing these things to keep improving and reaching.”