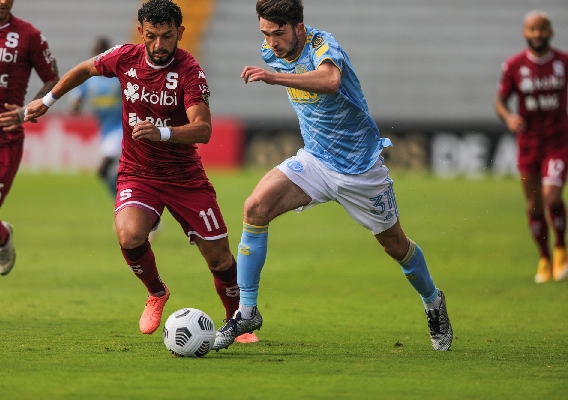 After a strong first season in Philly, Flach eager to show continued growth in 2022

Last season, the Philadelphia Union remained one of the better teams in the league despite losing two Best XI players in Brenden Aaronson and Mark McKenzie in the previous offseason. Leon Flach, 20, was a key contributor to last season's success playing over 3000 minutes in the defensive midfield position. Now in 2022, the German-American has his sights set even higher.
BY Brian Sciaretta Posted
February 09, 2022
8:05 AM

WHILE THE PHILADELPHIA UNION are still yet to win MLS Cup, the club has found a formula for being among the best teams in league in recent years. It is a combination of savvy veterans, smart imports, and impressive young players developed within. Combined with a head coach in Jim Curtin who is among the best American coaches in the game, the Union should yet again be a contender in 2022.

Last season, Leon Flach was a surprising acquisition by the Union just weeks before the start of the season. Born in Texas to German parents who were working in Houston, Flach was raised almost entirely in Germany and developed at St. Pauli – where he made his pro debut last season in the 2.Bundesliga.

Almost immediately Flach, 20, became a starter for the Union and over the course of 2021, he played 3,358 minutes for Philadelphia across all competitions.

“You dream of something like this - to come somewhere and be a part of a team which is also successful, and everything went totally in the right direction,” Flach told ASN from the Union’s preseason camp. “I would say it has been the right step, and now it's amazing and everything. What I wanted to achieve here, it went perfect for me. It still feels really good to be here and to play for an ambitious team with high standards and also good players. I still have the feeling that I can improve myself here.”

Flach's success on the field was just one of the reasons why Philadelphia was able to move past the loss of Brenden Aaronson and Mark McKenzie the previous offseason and remain competitive – advancing to the Eastern Conference final only to lose narrowly to New York City FC after playing with a severely depleted lineup due to COVID.

Coming into this season, the Union have made some big moves – namely the addition of two designated player forwards in Julian Carranza and Mikael Uhre. Also, the young core of players that broke through last season will be another year older and ready to contribute more.

For Flach, more will also be expected entering into his second year with the team. 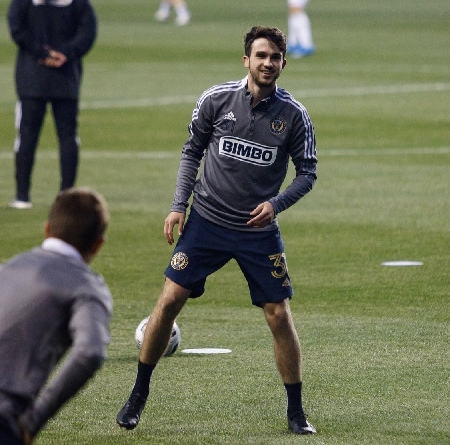 “It's even better to start the preseason with the team because last year I was coming in two weeks before we had our first game. Now I know what I have to do, what we want to do, what our plan is. Our mood is we are really motivated… we have a good shot to do it this year.”

Specifically in his game, Flach knows what he has to do. As primarily a defensive midfielder, Flach knew at the end of last season that he had to add more offensive bite to his game. Over the past offseason, Flach has spent a lot of time working on his game with the ball.

“I can improve myself in certain aspects with the ball,” Flach said. “First of all, I have worked on it in the off-season, and I think if I can make good steps on those aspects, I could put my play on the next level and that I maybe also can help the team a lot more.”

Like most promising young players throughout the world, Flach has a goal of finding his way into the top leagues of Europe. But having developed within Germany, he believed that the best path was to come to the United States first, get valuable minutes and then use that as a springboard to return to Europe in a much better place. At the Union, he was aware of the team’s willingness to play, develop, and sell young players while also being competitive on the field. 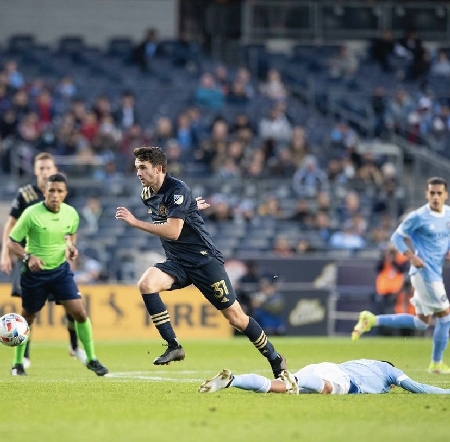 Flach is quick to point out that the league now is much younger, with designated players now younger and many teams mining South America for top talent to bring in and eventually sell to Europe. But for him, coming from Europe make sense in his goal to eventually go back to Europe at a higher level.

“Here you don't have the relegation,” Flach said. “I think that's a huge difference because especially in Germany with relegation, coaches are sometimes a bit scared to play young people because if the young player makes a mistake, the coach is blamed. If the experienced player makes the mistake, the experienced player gets the blame. I think it's a perfect league for young players to make the first steps and also to improve themselves to a certain level where they can say, now I'm ready to go to Europe. I think it's a perfect step, especially if you're looking for play time and also for development.” 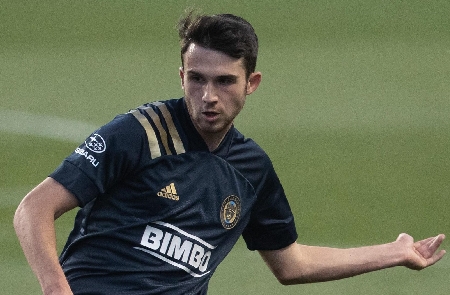 “I would say sometimes also strong in the technical level, because you especially have a lot of really, really good players, especially in the offense,” he added. “Sometimes, especially in the second league in Germany, you play a lot with long and high balls. It's sometimes not always beautiful. I say a lot of teams, maybe not the Red Bulls, but a lot of teams try to play from behind. Sometimes it doesn't work, but they at least try it. So especially with the ball, I would say it's a really good and also high level, and I would say that the whole quality was higher than I thought. I think if you look right now, how many people also go from MLS to Europe? I think that speaks for itself, that it's not maybe a retirement league anymore. It's more of a development league and also a good and ambitious league.”

Flach is hopeful that his second season in Philadelphia will provide a lot of growth and that it will ultimately lead to a deep Union run in the playoffs. But there is also the national team. Last year, Flach would likely have been a starter on the U.S. U-20 national team had COVID not cancelled that cycle. His strong play also had him linked to the U.S. national team – where he was on the provisional roster for the 2021 Gold Cup.

Heading into 2022, and even looking into the following cycle which will start in less than a year, earning a spot on the national team is something that motivates him. Tyler Adams currently owns the No. 6 position on the team but the issue of who is his backup has been a source of debate for most of the current cycle – with Kellyn Acosta currently earning minutes when Adams doesn’t play. 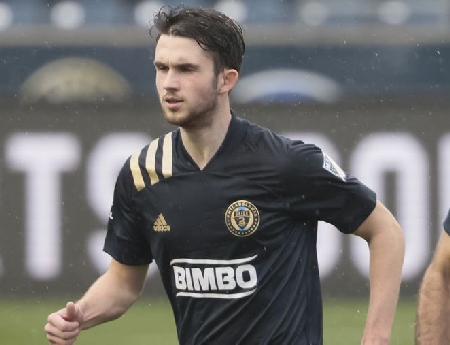 For now, Flach knows it is completely on him to build a case that makes him impossible to ignore.

“I think it should be and is always a motivation because this is the highest a professional could play and it's always the ambition to play for national team,” Flach said. “I was happy and lucky that I was in the squad already, or that I was also named in the connection of the national team, but definitely it is an ambition. But honestly, it starts with me, and ends with me. I know I have to play well and make it as hard as possible to say I should be nominated now. But honestly, I am totally focused on myself and the rest will come because I can just influence my game, and that's it.”